Thank you for visiting this site and taking the time to view some of my work.

I have been working in new media development and design for the last 16 years. My work in this area evolved as a natural extension of my background as a musician and producer/recording engineer, and for my love of new technology. I initially started down this road in 1998 developing websites and doing design work to promote projects I was involved with. This soon expanded to EPK’s and CD ROM creation; cd “extras” as they were called, created mainly in Macromedia’s Director program, (if anyone still remembers that!). That led to corporate projects for Shockstream, my design & development company. I was also doing design and on set motion playback work for film and Television, which was very rewarding work. Eventually, through my music, circumstances took me back into music promotion after being asked to design and develop websites and other digital promotion for Nickelback for three album cycles. During that time I worked closely with Kevin “Chief” Zaruk on various projects for close to 10 years, which was an invaluable experience. 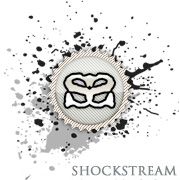 Today I’m primarily focused on film production and motion graphics/editing, as well as my first love, which is music. I plan to keep this website updated with new projects, which can be viewed in my Portfolio section – Torry Courte – Portfolio